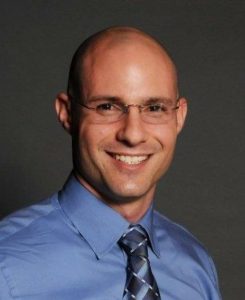 Jeffrey Segal, owner and chief operator of Balanced Personal Training, Inc., since 2004 is a personal trainer, motivational speaker and educator who has been working in the fitness industry for over 20 years. He is a graduate of Florida State University, with a Bachelor of Science in Human Sciences.

At the age of 25, Jeff was diagnosed with Multiple Sclerosis. A former All-State football selection in Florida and fitness enthusiast, he found himself in a position he did not expect. He was told fitness was not going to be part of his future as an activity. Within a couple of years, Jeff was unable to walk, was visually impaired and barely able to speak. At the end of 2002, he was told by his neurologist his chances of walking again were slim.

Rather than succumb to his prognosis, he fought for the life he once knew while burying his head in research. Within a year, not only could he walk, see and speak but he used his knowledge, skills and abilities to physically train others in both sickness and in health with an emphasis on Multiple Sclerosis patients. He is certified with a CSCS, NSCA-CPT and CPTS which includes Post-Rehabilitation and Special Populations Specialist title.