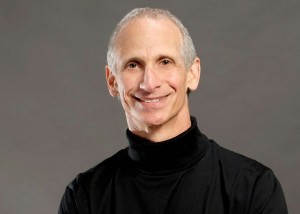 When Dr. Irv Rubenstein graduated Vanderbilt-Peabody in 1988 with a PhD in exercise science, personal fitness training was merely a coastal phenomenon: NYC and California had a few trainers and facilities that catered to the rich, famous and fabulous. But, in 1986, he and a colleague founded STEPS, Inc. with the goal being to establish the first personal training center between the two coasts.

His other goal was to foster the evolution of the then-fledgling field of personal training into a viable and mature profession via education and hands-on training.

Dr. Irv got certified by the National Academy of Sports Medicine (NASM) in its first personal training certification class. Subsequently, he got certified by the National Strength and Conditioning Association (NSCA) as a Certified Strength and Conditioning Specialist (CSCS-1992) and Personal Fitness Trainer (PFT). He served on the committee to help the NSCA create the Certified Special Populations Specialist (CSPS-2012). In 1992 he passed the American College of Sports Medicine exam to certify as a Health/Fitness Instructor (now called Exercise Physiologist). That same year he acquired the American Council on Exercise (ACE) certification as a personal trainer. That was shortly after it published the first textbook for personal trainers to which he contributed a chapter on the trainer-client relationship. Dr. Irv was the founding force behind the ACSM special interest group, Strength and Conditioning Specialties, in 2003 and served as its co-chair for the first three years.

As a writer and speaker, Dr. Irv has earned a national reputation as one who can answer the hard questions about exercise and fitness – not just the “how” but the “why”. He traveled around the country for over 15 years helping Exercise ETC (Ft. Lauderdale) provide continuing education for trainer and fitness instructors. He also created a couple of software-based exercise kits and edited three Exercise Ideas books for Visual Health Information, a leading fitness resource company located in Tacoma, WA.

With an academic’s interest in musculoskeletal injuries, Dr. Irv has focused much of his own professional education on the latest measures of pre-hab – how to train to avoid injury. Having had a knee and both hips replaced, he figures it serves him as well as his many aged clients to know how to avoid injuries and what to do in the event of them. 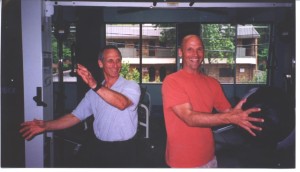 In addition to his interest in pre-hab/post-rehab, Dr. Irv aims to help clients with weight-related issues. He was a founding member and board member of the Eating Disorders Coalition of Tennessee (now known as Renewed) and co-chaired its Education Committee during the first years of their annual forum. He was a presenter at the 2007 EDCT Annual Forum on the positive role of resistance exercise in the treatment of anorexia. He also presented a lecture on the challenges of weight loss via exercise at the first Lifestyle Intervention conference in September 2011 titled “The Weighting Game: Why It’s so Hard to Beat the House”.

Dr. Irv has been at the forefront of the progress of the personal training profession. It has been his honor to act as a sounding board for Lisa in her passion and mission to make the Medical Fitness Association and the MedFit Education Foundation the organization where professional personal trainers learn and share as peers.

Learn more about his studio Steps Fitness at their website, stepsfitness.com