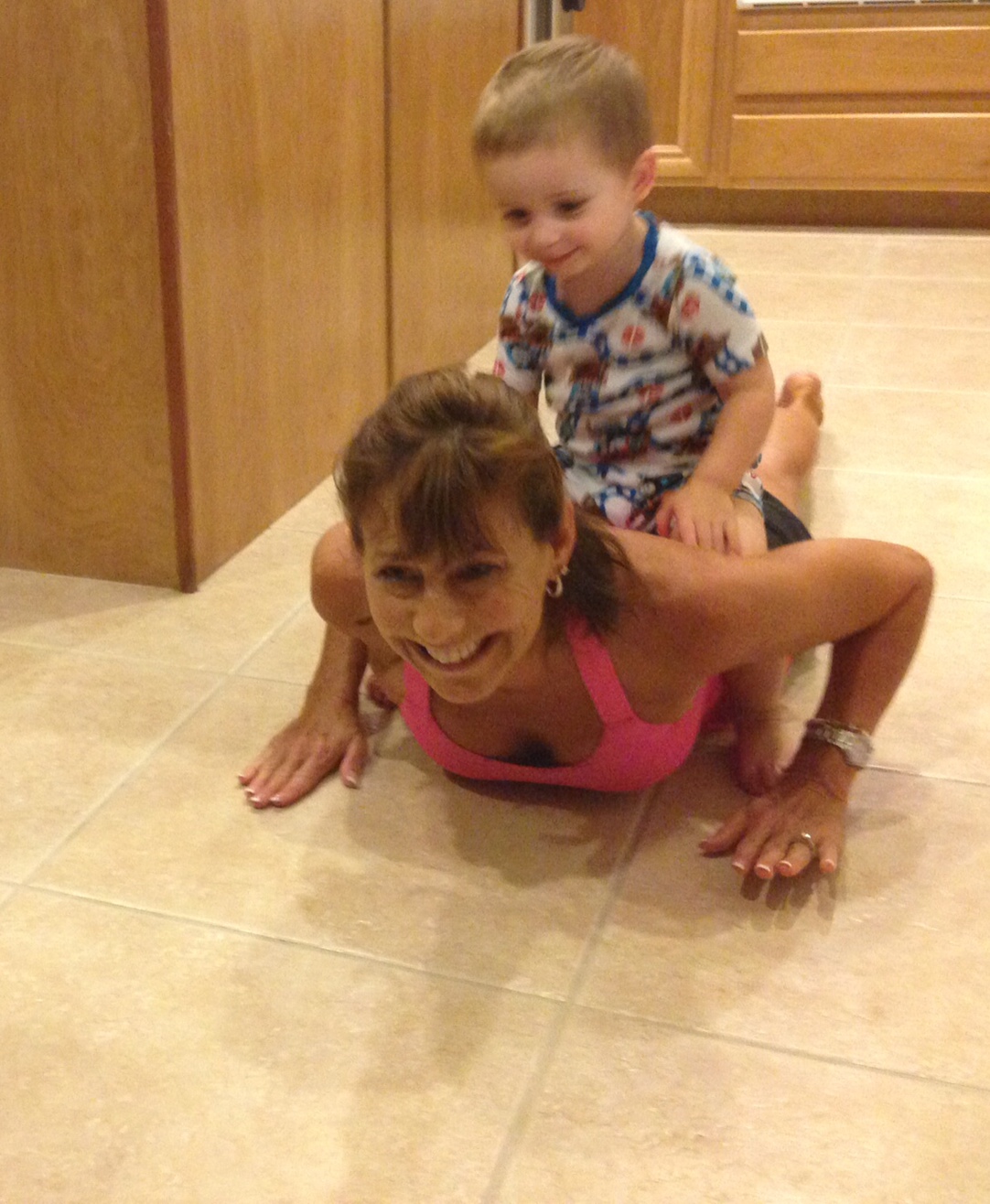 How Yoga Helped Me Through Autoimmune Disorders and Breast Cancer

I began practicing yoga around 1994 to stay fit and deal with several autoimmune issues including Graves disease (over activity of the thyroid gland) and Myasthenia Gravis (a neuromuscular disorder that causes weakness in the skeletal muscles used for movement). In my early forties, I was diagnosed with both conditions and I was determined not to let them define nor deter me. Little did I know that an even bigger battle was ahead.

While attending California Polytechnic State University, San Luis Obispo, I became an aerobics instructor. I had been doing aerobics at a local gym and one day, the instructor did not show up so I said to the gym owner, “I can teach this class.” This was early in the fitness movement and they required no certifications, just good music. After that, I taught several classes a week until I graduated with a Bachelors degree in Social Sciences. I moved to Miami Beach, Florida and worked as a retail manager until I realized this was not what I saw myself doing for the rest of my career, I returned to Seal Beach, California, where I grew up, and earned a Paralegal Certification from the University of Irvine Extension Program and have worked as a paralegal ever since, mostly in construction defect litigation. 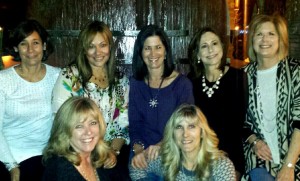 Life was very busy with Victoria (now 24), Edward and Elizabeth (both now 22) all born within fifteen months. I mostly worked at home so I could be with them, volunteer at their school and attend all of their activities. Around the time I turned forty, I knew something was not right and all my energy went to my family and job. I could barely make it through the day without a nap and no matter what I ate, I continued to lose weight, eventually getting down to a dangerously low BMI. Fortunately, my family physician (whom I am still with) diagnosed Graves disease quickly and a few months later, I underwent removal of the damaged portion of my thyroid with radioactive iodine. With careful monitoring and thyroid supplements, I overcame this issue but as with most people suffering from autoimmune diseases, I still had another one to identify and did not have the energy to return to working out. This is when I learned that I had to be my own advocate and to be persistent when something does not feel right. While I was much better, I was still exhausted and weak. After undergoing an autoimmune panel, it was determined that I had Myasthenia Gravis. I was just one of about 13,600 people in the USA with it so very little research is done. Once my symptoms from the autoimmune diseases were under control (neither has an actual cure), I decided that I had to become active again. I joined a gym and found that the yoga classes they offered gave me back the strength, agility and stamina I had lost. I began practicing at Yoga Works, where I have remained to this day.

My cancer journey began when I discovered a lump in my breast. Victoria, Edward and Elizabeth were teenagers and I had just met Larry, the love of my life (who is soon to be my husband!). The initial biopsy showed “abnormal cells,” and an eventual diagnosis of breast cancer was determined after I underwent a lumpectomy. With the love and support of Larry, family and close friends, and the advisement of my doctors, I decided to have a bilateral mastectomy because this was the best way for me not only to fight the cancer, but also to prevent a future occurrence. In addition, I underwent lymph node and ovary removal, chemotherapy, and breast reconstruction. 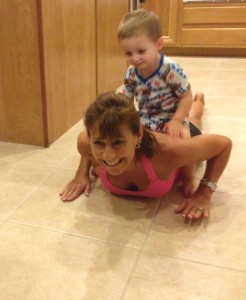 I returned to practicing yoga as a means of rehabilitation. The yoga moves I had previously learned helped me to regain mobility in my chest and arms. At first, I could not even get my arms above my head or my shoulders all the way back to their normal position. Every night, I would get down on the floor and work on these areas, Eventually, I regained a lot of mobility and the courage to practice yoga in front of people again. In returning to Yoga Works, I have found that not only have I regained my strength, but also my confidence. I credit an active lifestyle including yoga, healthy eating and long walks with Larry and our dog, Zoey, with my full recovery as well as close relationships with family and friends. These things have also been essential in combating Lymphedema (impaired flow of the lymphatic system due to lymph node removal) and the side effects of Arimidex (an estrogen blocking drug used for treatment of breast cancer after surgery). I am in the process of becoming a certified yoga instructor so that I can help others to live a healthy lifestyle and maintain their fitness goals. My intention is not only to teach classes at a studio or gym, but also to work with cancer survivors to help them regain their strength, agility and confidence through yoga.

I am now 54 years-old, cancer free and a grandmother to Benjamin (age 3) and Abigail (22 months), Victoria’s and her husband Brice’s children. Together, Larry and I have five grown children and four young grandchildren. I cherish every day and look forward to a very bright future.