A Simple Exercise to Stimulate Your Cerebellum and Boost Your Movement Accuracy, Balance, and Coordination

What is the Cerebellum? 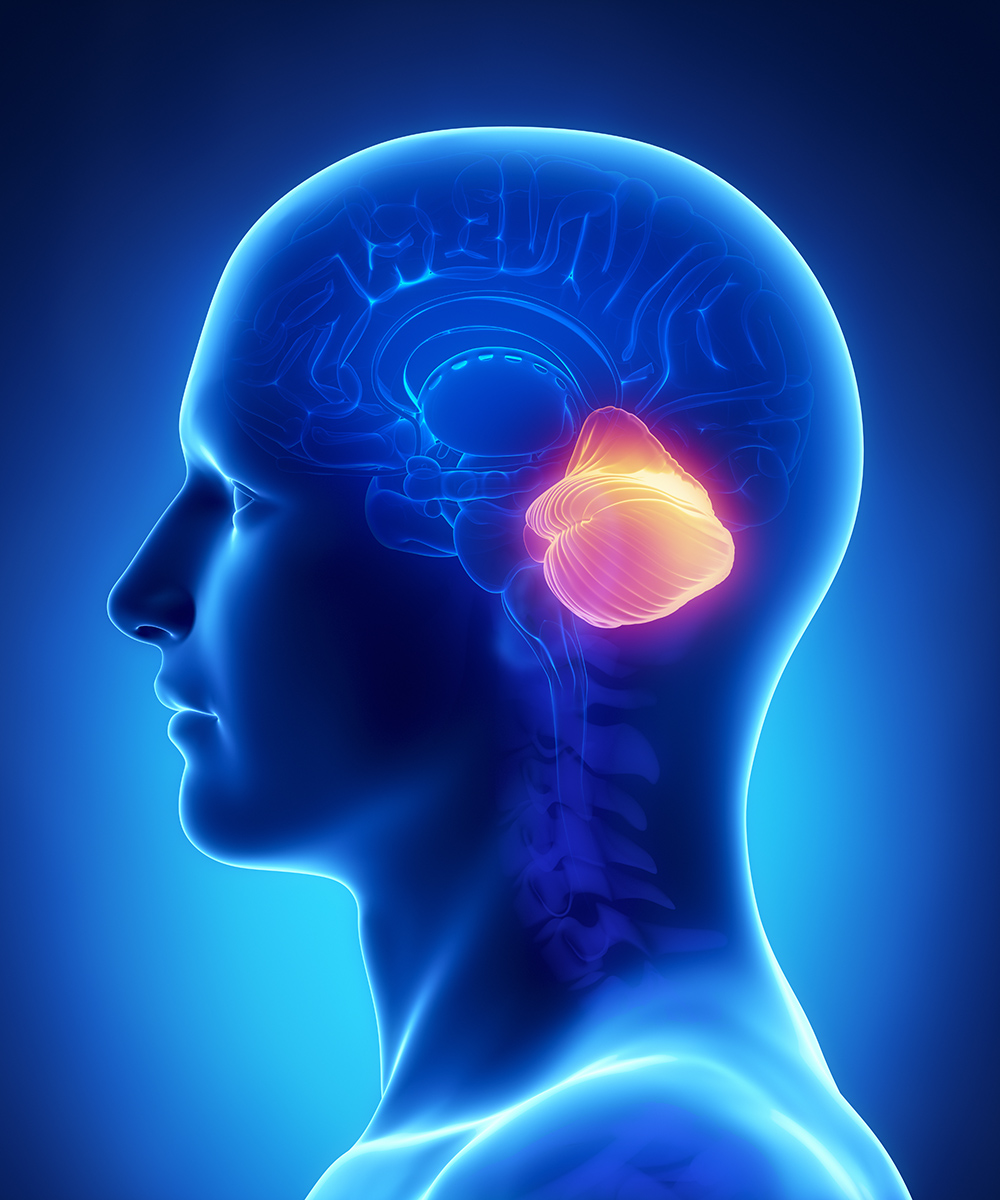 While every brain structure has the potential to be a valuable training target for a medical fitness professional, the cerebellum should always be a high priority consideration when trying to help clients and patients accomplish their pain and performance goals. The cerebellum, whose name means “little brain,” is located at the back and bottom of the brain, and while it makes up only 10% of the brain’s volume, it houses 80% of the brain’s total neurons. Indeed, this powerful part of your neuroanatomy is the embodiment of the expression “big things come in small packages”! While the cerebellum makes important contributions to cognitive, emotional, hormonal, and autonomic functions, we’re going to focus right now on its role in movement.

To keep it simple, we say that the cerebellum is responsible for the ABCs of movement: accuracy, balance, and coordination. Anytime you see a great golfer, a great tennis player, someone that makes an amazing catch in football, you can look at that and go “that was awesome, and they’ve probably got a great cerebellum.” If you want better balance or if you want smoother, more efficient movement, it can be valuable to evaluate and challenge the cerebellum in your training or rehabilitation program.

In the Z-Health approach, we test and stimulate the cerebellum in many different ways, but the method we’re going to begin with in this article is one that will challenge the cerebellum by challenging your movement accuracy. All you need to get started is a finger, a nose, and a cutting-edge piece of medical equipment called a Post-it Note.

How to Perform the Finger-Nose Drill

Here’s the setup we’re going to use:

Steps for performing the assessment/drill:

What to Do with the Information

Based on which side of your body struggled the most to move accurately and smoothly or based on which side of the body most improved the separate baseline activity you were measuring, you would then want to begin adding more cerebellar stimulation for that side into your training or rehabilitation program.

Perhaps the most direct way to recreate the training effect from the finger-nose assessment or address a performance deficit you observed is to simply repeat the exact same exercise at home. 10–15 repetitions performed several times a day can provide good benefits. Some other variations worth trying include:

The cerebellum is a key player in most of our brain functions, and movement can be an easy and effective way to begin to affect it. Understanding the anatomy of the cerebellum can allow you to make very targeted decisions about what body movements, what type of body movements, what head movements, and what eye movements will get your clients and patients the best and fastest results possible, but the finger-nose drill and modifying accuracy demands is a good place to start.

How to Learn More

The Z-Health curriculum takes a deep dive into the entire nervous system and teaches students the most efficient ways to assess, train, and change it. We will be offering a webinar on April 13th through the MedFit Classroom that will cover more assessments and training ideas for the cerebellum, and you can visit our website zhealtheducation.com to see more about us and our courses.

Hope you enjoy the drill!

Join Mike for his webinar on this topic, Using Cerebellar Concepts to Better Individualize Exercise: Challenging the “Little Brain” to Help the Whole Brain 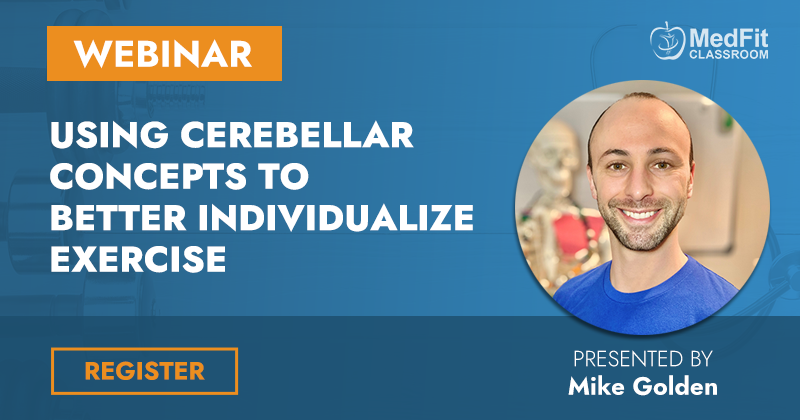 Mike Golden is the Director of Education for Z-Health Performance Solutions, a world leader in innovating advanced, neurologically-centered rehabilitative and sports performance programs based on emerging research. Over the course of two decades, he has relentlessly pursued professional development through the Z-Health curriculum and in the broader fields of fitness, functional neurology, and pedagogy, and he has been leading national and international certification courses for Z-Health since 2013.