Article 1 in a 3-part series about Alzheimer’s disease.
Adapted from the Specialist Certificate Program by Alzheimer’s Research and Prevention Foundation. 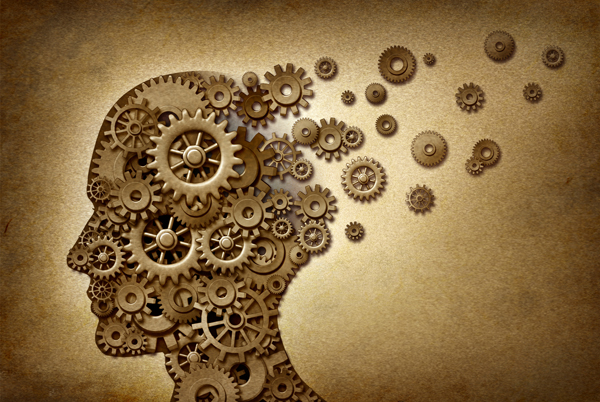 Although there are natural physiological changes that occur with age, memory loss is neither normal nor a natural process of aging. It is important to take a proactive role in retaining the strength, resiliency, and vitality of the brain. Research has shown that just as the body needs strength-building exercises to maintain muscle strength, so does the brain.

The brain goes through natural changes with age. However, mental decline may be preventable and even reversible with appropriate and adequate stimulation. Studies have shown that by keeping mentally active, cognitive deterioration may be reduced and even avoided. (The Power of Brain Aerobics: Maximize Your Memory 2016) Rigorous mental activity may also improve the mind and memory in those who are starting to show signs of mental deterioration.

Although Alzheimer’s is not a new illness, it seems like it has become a household name. The reason for this accelerated trend is that people are living longer now than ever before in history, which is causing the exponential growth of the number of cases of Alzheimer’s disease. Seniors age 85 and older unfortunately have a 50% chance of developing this disease. In addition, women are more prone to have Alzheimer’s, partially because they live longer than men. In addition, Alzheimer’s disease and other dementias are one of the most expensive chronic diseases. Approximately $46 billion (19%) of the cost of the disease is out-of-pocket spending, which creates a considerable personal financial burden for the families of those with the disease. (Alzheimer’s Disease Facts and Figures 2016)

There are a number of risk factors that may lead to cognitive decline. (Adapted from Alzheimer’s Risk Factors 2016 and 2016 Alzheimer’s Disease Facts and Figures 2016)

Age. There is a greater incidence of cognitive decline with age. Most experience the disease at 65 years old or older, however, some can also develop the disease at a younger age. Older age is not sufficient enough alone to cause the disease.

Family History. A first-degree relative (mother, father, or sibling) with Alzheimer’s increases your risk up to seven times greater that you may develop the disease.

Genetic Predisposition. Everyone inherits one of three forms of the APOE gene from each parent. There is an increased risk of developing the disease later in life if a person has two APOe-4 genes. However, this does not guarantee the disease will develop.

Stroke. Brain health is closely linked to the overall health of your heart and blood vessels. A healthy heart ensures enough oxygen and nutrient-rich blood is supplied to the brain so that it functions properly. Stroke is typically caused by vascular disease, including blockage in the carotid arteries that supply the brain.

Depression. Depression and lack of social involvement, interaction, or connection, as well as loneliness, have been linked to increased risk for Alzheimer’s.

Head/Brain Injury. A head/brain injury is defined as a disruption in normal brain function caused by a blow/jolt to the head or penetration by a foreign object to the skull. Moderate and severe traumatic brain injuries (TBI) increase the risk of developing dementias, including Alzheimer’s disease. Those who have had repeated TBIs are at a higher risk of dementia, neurodegenerative disease, and cognitive impairment.

Lack of Adequate Sleep. Sleep deprivation leads to increased risk of many chronic diseases including cardiovascular disease. There is an increasing body of research about the implications of inadequate sleep on the brain. It’s believed that while you sleep, the brain clears out harmful toxins, a process that may reduce the risk of Alzheimer’s. A breakthrough study on mice showed that, during sleep, the flow of cerebrospinal fluid in the brain increases dramatically, washing away harmful waste proteins that build up between brain cells during waking hours.

Most experts believe that Alzheimer’s disease, similar to other common chronic diseases, develops as a result of multiple factors versus a single cause. They also support the idea that some risk factors can be controlled by making smart lifestyle choices.

In November, save on Alzheimer’s continuing education for fitness professionals

November is Alzheimer’s Awareness Month. Fitness Learning Systems is offering 25% off their Alzheimer’s continuing education programming. For the month of November, use discount code ALZDIS during sign-up to save on these courses: