Exercise: A Must for Both MS Patients to Partake In and Healthcare Providers to Promote 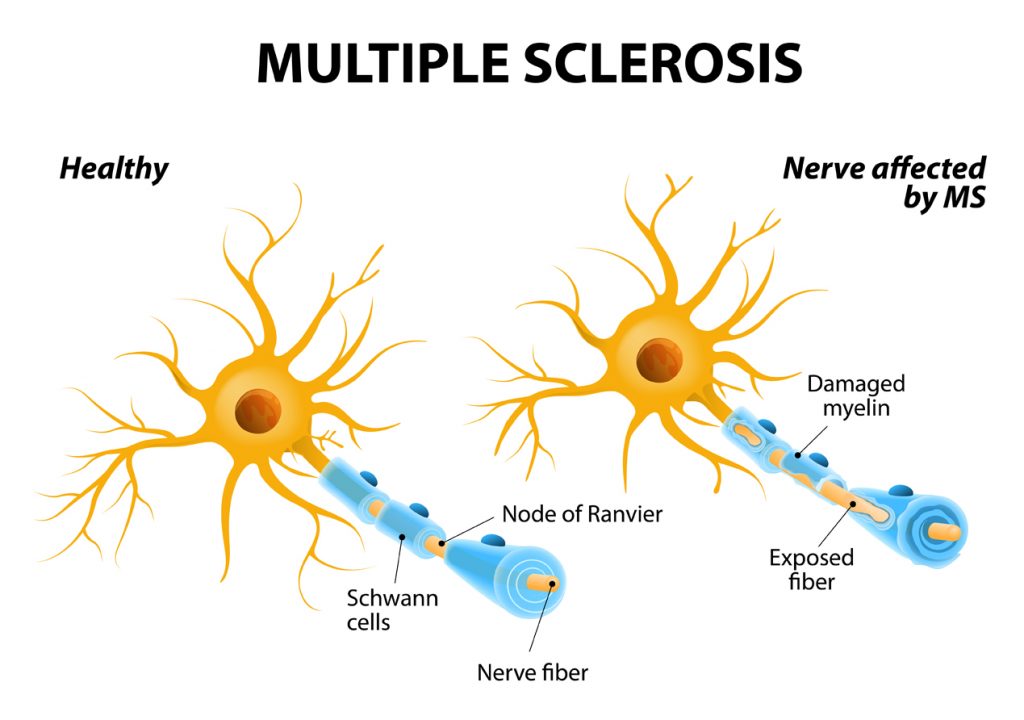 Exercise is an essential component of the Multiple Sclerosis patient’s treatment plan. Unfortunately, until the 1990s, exercise was highly regarded as contraindicated to MS patients. In 1993, the first medicine was approved by the FDA for MS and in 1996; the first research showing the benefits of exercise was published by the University of Utah. These were two major breakthroughs which have given hope to a population consisting of the most common disabling neurological disease of young adults (most common onset between ages 20 and 50).

Multiple Sclerosis is a neuroinflammatory autoimmune disease of the central nervous system (CNS), consisting of the brain, spinal cord and optic nerve.  The immune system attacks the myelin sheath of the nerves which insulates, protects as well as affects the signal speed from the CNS to the affected body part. Presentation of initial symptom of MS include optic nerve inflammation, poor balance (ataxia), dizziness (vertigo), weakness, double vision (diplopia), bladder/bowel dysfunction, pain, sensory loss, cognitive impairment, fatigue (most common) and a host of others including but not limited to gait impairment, depression,  tremors, thermoregulatory dysfunction (autonomic) and spasticity. Because many symptoms are invisible (not outwardly visible), most notably fatigue, pain and cognitive impairment, they can affect confidence, relationships, and discourage patients from seeking treatment or help.

Currently, with more than 16 FDA approved disease modifying treatments, as well as exercise being greatly encouraged by health care providers treating MS, the face of MS is changing for the better. While exercise will not change the course of the disease progression, both aerobic and anaerobic conditioning have greatly helped reduce secondary and tertiary symptoms such as falls, injuries, anxiety/depression, impaired activities of daily living (secondary) and increase self-esteem, and independence while reducing social isolation and family disruption (tertiary). 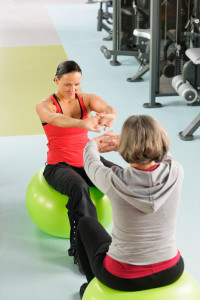 The benefits of a safe, progressive/adaptive exercise program are improved overall fitness, ability to perform activities of daily living, moods, sense of well-being, strength while decreasing spasticity, fatigue and may prevent a host of co-morbidities. Because MS patients may be less mobile and underweight/overweight, coupled with the possibility of side effects from the use of corticosteroids, it increases the likelihood of developing conditions such as osteoporosis and diabetes mellitus. This is an even a greater reason those affected with MS should work with professionals who understand the disease.

Although many patients are still hesitant to begin an exercise program because of fear of exacerbating their condition, lack of confidence or inability to find professionals skilled to work with them, now is the best time in the history of MS treatment for both patients and professionals to be on the same page. Exercise no longer has to be an activity of an MS patient’s past. It is simply a must of the present and future.

Jeffrey Segal, owner and chief operator of Balanced Personal Training, Inc., since 2004 is a personal trainer, motivational speaker and educator who has been working in the fitness industry for over 20 years.

At the age of 25, Jeff was diagnosed with Multiple Sclerosis. He was told fitness was not going to be part of his future as an activity. Within a couple of years, Jeff was unable to walk, was visually impaired and barely able to speak.  Rather than succumb to his prognosis, he fought for the life he once knew while burying his head in research. Within a year, not only could he walk, see and speak but he used his knowledge, skills and abilities to physically train others in both sickness and in health with an emphasis on Multiple Sclerosis patients.