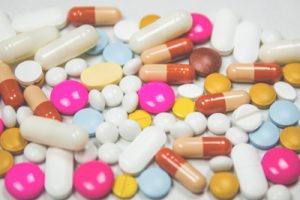 A recent issue of the Annals of Internal Medicine tried to put a nail in the coffin of nutritional supplements. “Unregulated, not safe, harmful, and no benefits” shouted the authors of the Letter to the Editor of the journal. Yet another attempt by physicians and the pharmaceutical industry to put a damper on the use and sale of vitamins and minerals.

This time – their own colleagues didn’t let them get away with it. Medical and scientific heavyweights such as Harvard Public Health doctor Walter Willet, and Bruce Ames from the Oakland Research Institute, put the brakes on Dr. Guallar and his colleagues by stating that their comments were wrong and misguided in today’s world of eating.

They first quote that even with a “well-balanced diet” – which NO ONE eats anymore, there are still essential nutrients, such as Vitamins D and E, magnesium, Vitamin A, calcium, and others such as potassium and Vitamin K that need to be supplemented. Quoting other authors such as Dr. Joel Wallach – almost everyone suffers from a lack of minerals, due to depleted soils over the past 75 years.

They take Guallar and his colleagues to task for overstating the bad effects of too many vitamins and state that only about 0.1% of persons may exceed the amounts of fat-soluble vitamins such as Vitamin E. A small percentage of the 99% who are lacking in most vitamins.

The thrust of this article isn’t so much what we’re lacking as a society, or which medical study may be more right than another. The point here is that, along with everything else in America – there are now two sides to the nutrition debate. It’s not even a question of proportions. Someone is right, and someone is wrong. If you are the AMA and the pharmaceutical industry, those whacky pill-popping hippies who take those useless vitamins every day are wrong, but we have to tell them what to do regarding their health (don’t take those vitamins, as they are harmful).

Now we have scientists on the lefty side of the argument stating that indeed there is a place for supplements in our diet, and that the mainstream medical doctors are incorrect in their discussions about vitamins.

I have been involved in this debate since 1986 when I attended my first nutrition symposium from a company called United Sciences of America seminar back in Ann Arbor, MI. It was really a multi level marketing company that wanted my money. However – one thing that struck me as a graduate assistant in health promotion was the statement at that time that this company had compiled over 500,000 studies on nutrition and supplements before they brought their product on the market.

Fast forward 28 years, and the Internet, and now we have millions of studies on this subject and millions of reports on the benefits of nutrition. Are all of these studies flawless? No, but one can say the same thing about much of the research on pharmaceuticals, too.

One of the most cited articles on the Internet belongs to Dr. John Ioannidis from Stanford who published a paper on hundreds of reviews in the mainstream medical literature. His results – not ONE of these studies was reproducible. This puts into light the seriousness of medical (mostly pharma) research and its application to the masses. With over 200,000 people who die each year at the hands of medicine (pharmaceuticals, hospital infections, unnecessary surgeries, etc), even looking at supplements in the same light is just ridiculous.

Let’s look at minerals first. Coming from the soil, they play an incredibly complex task in regulating many of the metabolic functions in the body. From the sodium potassium pump in muscle contractions, to the use of magnesium in brain function, to just about every other type of function in the body, we need to have minerals, if only in micro amounts. The issue – the standard American diet has next to none of them in the quality and quantity that is required for much of the proper metabolic functions. Therefore, slowly, day-by-day, and year-by-year, part of the process of aging has to do with improper tissue function, which in many instances can be curtailed by proper intake of these nutrients.

If we look at vitamins, we have seen the debate for decades over their benefits. One such back and forth was the use of vitamin C in cancer care. Preeminent scientist Linus Pauling and his colleague Kurt Cameron stated that higher doses might help not only prevent cancer, but also could also prevent remission and help the body recover at a better rate. His detractors stated this was not possible. They published study after study to “disprove” his results. From a scientific viewpoint they did put some evidence as to the other side of the argument – but their reasoning was more political than scientific. This, then, is the hallmark of medical research in the past 50 years. Published away are results that may have benefit because of certain political aspirations that instead are front and center. We are seeing an entire generation of “junk science” in vaccines, most pharmaceutical drugs, and other areas of allied health because of what side of the aisle they belong to, as opposed to true scientific inquiry.

Are there supplement manufacturers who have products that are less than pure? Yes. Are there research studies that show no discernible effects of vitamins on the human body? Yes. Are there some cases of harm to the body from vitamin use? Perhaps. The issue, however, has been presented by many researchers and manufacturers for decades – and far more so than not, that the use of vitamins play an essential role in the basic metabolic functioning of cells, tissues and organs of the human body and secondly, may contribute to both enhanced healing of the body due to injury or disease and third, may enhance physical performance by using specific types and doses of supplements.

We are in a difficult time for persons in the health and nutrition field. Dietitians are filing law suits against anyone who gives nutrition “advice” and medical doctors are increasing the amounts of drugs they prescribe for everything.

Sadly – it will only get worse in the coming years as the medical industry advertises more about their products. The only solution is reading and understanding about supplement benefits and knowing that the underlying elements of much of the disinformation in the media today, are politically-based.

Eric Durak is President of Medical Health and Fitness – a health care education and consulting company in Santa Barbara, CA. A 25 year veteran of the health and fitness industry, he has worked in health clubs, medical research, continuing education, and business development. Among his programs include The Cancer Fit-CARE Program, Exercise Medicine, The Insurance Reimbursement Guide, and Wellness @ Home Series for home care wellness.

Cameron E, Pauling L. Supplemental ascorbate in the supportive treatment of cancer: reevaluation of prolongation of survival times in terminal human cancer. Proceeding of the National Academy of Sciences 75:4538-4542, 1978