The Reshaping Of Popular Opinion On Aging

As of January 1, 2015, all 75 plus million Baby Boomers had celebrated their 50th birthday thus beginning two decades of older consumers out numbering those under 18 for the first time in history. And not just those who were born between the years 1946 and 1964, but all adults aged 50 plus. This was supposed to be the moment that advocates for ageless marketing like myself had been awaiting. We were convinced that the sheer numbers of this demographic reality would finally gain the attention of the main stream media, business magazines and policy makers

Sadly, this has not yet happened. The media, ad agencies, policy makers and businesses continue to ignore the aging of the marketplace and focus their attention almost exclusively on ‘millennials’ and the often accepted factoid that boomers will be ‘forever teenagers’.

This myopic youth focus ignores the evidence that boomers are neither young nor unique. In fact, boomers are now increasingly embracing later life values rather than the materialistic, ego centered values that dominate life’s first two stages. While baby boomers share some unique events and life challenges, their later life values will mirror previous generations.

Unfortunately, boomer factoids popularized over the last couple of decades by the media, a few authors and self-appointed “Boom Experts” portrayed boomers as totally different from all previous generations of older adults. This misunderstanding is resulted in a new ‘ageism’ by the main stream media, politicians and advertising agencies.

As author and mature consumer behavioral specialist David B. Wolfe documented, “Either legions of researchers in adult development psychology have created a large body of bogus findings or nearly all of those who craft messages for older minds are hopelessly out of sync with the realities of maturation.” To continue to prosper, companies are well advised to learn about later life values and advise the agencies that serve them to do the same. 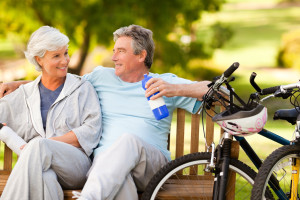 Boomers will not all become older consumers at the same time or in the same way. Further, this is not to imply that generational marketing or life stage marketing focusing on either leading edge or trailing edge boomers does not have a role to play…depending on the product. The real question is, “Why are we not embracing aging?” The myopic focus on youth ignores a powerful consumer group of 65 plus adults that will grow daily by 10,000 for the next 13 years.

Youth focused marketing myopia is more than just a misguided distraction; it is the latest form of ageism personified. “Experts” justify actions with statements like; “Boomers are reinventing retirement” rather than admitting that “retirement,” as currently perceived, is an outdated concept… a holdover from the industrial age.

Today’s older adult majority will not only change the rules of successful marketplace engagement, but will likely drive a transformation in business enterprises and government policy as well. We have made tremendous strides in the battles against sexism and racism, but continue to tolerate ageism in multiple forms. Boomers will age much like the members of the Silent Generation and we need the combined numbers of all adults over age 50 to win the war against ageism. However, we can’t declare war on ageism until the baby boom is viewed as a part of the aging of America rather than some aging anachronism.

Richard Ambrosius, MA, is the president of Positive Aging LLC, a marketing consulting, motivational speaking and training firm. For 35 years, Ambrosius has been educating companies, nonprofit organizations and public agencies on how better to communicate with and serve middle-aged and older adults. Moreover, he was among the first in the United States to realize the potential of the New Consumer Majority and specialize in older markets. Ambrosius has delivered keynote addresses and motivational workshops in 49 states.